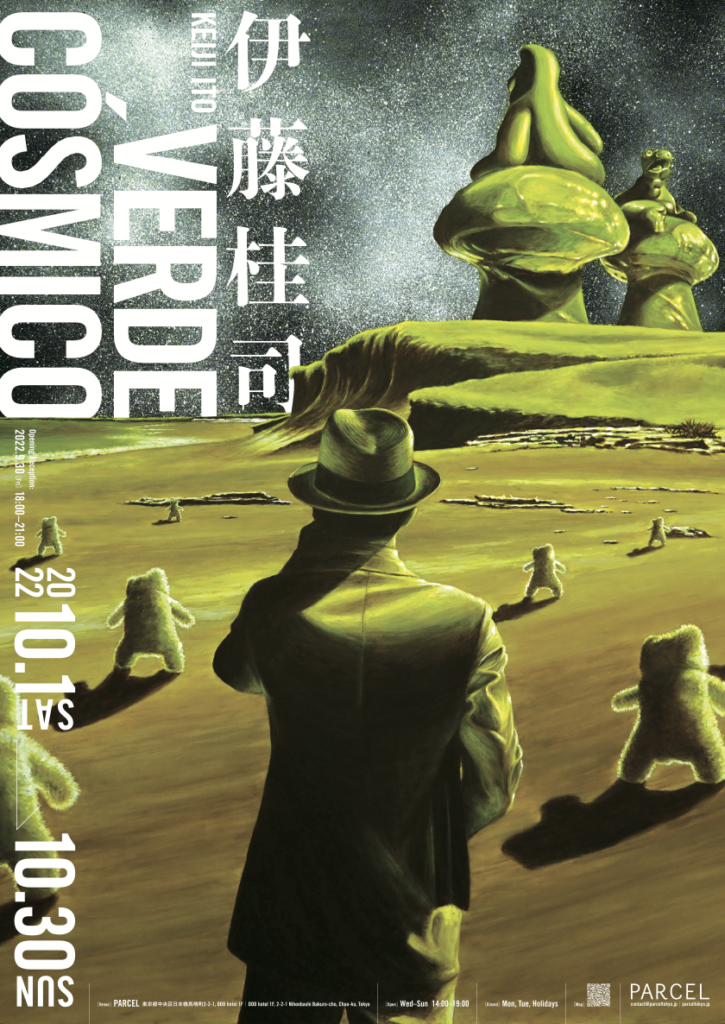 PARCEL is pleased to present “VERDE CÓSMICO”, a solo exhibition by Keiji Ito.
After making his debut in the legendary subculture magazine “JAM / HEAVEN,” Ito has provided and directed artwork in a wide range of fields, including advertising, music, magazines, and books, and has participated in numerous exhibitions in Japan and abroad. Ito’s techniques range from collages using vintage magazines and other materials to a series of drawings in which outlines are emphasized with markers and other lines, as well as paintings.

In this exhibition, we will present a new series of paintings in green tones, which were exhibited in the Morohashi Museum of Modern Art’s 20th anniversary exhibition “In Search of the Fourth Dimension / From Dali to the Present” in 2019, and later shown at Gallery Trax in Yamanashi.

For this series, which is composed of the elements of a strange object floating in a starry sky and a yellow-green landscape in which it is enshrined, Ito left the following statement.

“Since childhood, when I thought of the afterlife, my curiosity prevailed over my fear. The image reminded me of “night” and “space” as something enigmatic.

Once, when I took a walk in the woods on a full moon night, a whole green world of trees illuminated by the moonlight. The beauty of the green tones covering everything. Visiting the island of Tahiti, I encountered a star-filled sky on the beach at night. I was thrown into the universe and felt as if I were melting into it.
In the midst of a series of fleeting moments in our daily lives, we are suddenly interrupted by a ridiculous fantasy that cannot be reconciled with the real world. A picture appears irresistibly in my mind from nowhere.

The paintings may have been produced from the desire for greenery that one feels in urban life and the reaction that comes from the suffocating feeling of being cut off from perspective. In particular, the sense of stagnation caused by the pandemic of the past few years seems to have promoted a craving for pleasantly expansive green spaces.

In recent years, I have experienced a series of sudden partings from dear friends, and the outline of death, which I had felt vaguely, has become clearer. At the same time, I have a renewed sense of the fleeting nature of “now,” which can be transformed into the past in an instant. I have come to think more strongly about the meaning of this moment, which will never come again and cannot be shared with anyone else, and I want to create and share the mysterious pictures that appear between the everyday and the extraordinary. I hope you will find some small comfort in the ridiculous green universe.”

As Ito states, the inspiration for the green tones in his work comes from actual experiences of full moon nights and starry skies he has seen on his travels, and landscapes such as mountains and meadows he has encountered while walking or captured in photographs. The birds, stuffed animal-like motifs, and glass figurines that appear in his paintings are objects he collected from places he had visited or created in the past.

A consistent feature of his work is this collage-like technique. If collage is an exploration of graphical composition using clippings from books he has collected, the green-toned paintings are particularly document-like in nature, directly related to his own life, as Ito says, “I wanted to create and share mysterious pictures that appear between the everyday and the extraordinary.” By portraying elements of different materials and sources equally, Ito is able to depict “ridiculous fantasies that are inconsistent with the real world” while eliminating the hierarchy of mediums that exists in collage.

As we look into Ito’s activities and life from a broad perspective, even the seemingly fantastical landscapes all make sense. Perhaps it is precisely because we live in an age where it has become common for information that is considered true to be fictional, depending on how one perceives it, that the extremely personal screen presented by Ito seems somehow fresh and nostalgic. We hope you will take this opportunity to view the exhibition. 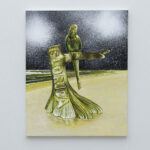 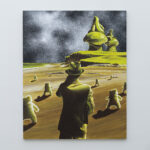 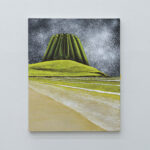 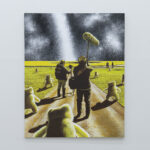 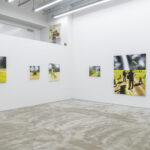 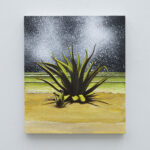 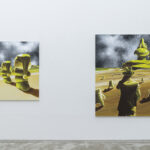 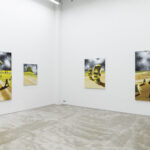 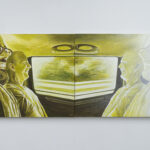 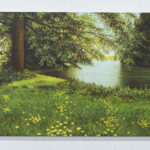 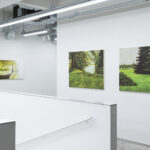 Born in Tokyo in 1958. Ito has been widely known for his art direction, graphic work, and videos for advertising, publications, and music, and in recent years has shifted his focus to his art practices and exhibition. He has been awarded, 1999 New York ADC Gold Award, 1998 / 2000 Merit Award, and 2001 Tokyo ADC Award for his artwork for the “Converse” campaign advertisement.
His style ranges from collages that portray his unique perspectives to installations. In the recent years, Ito has presented a series of yellow-green paintings that mix landscapes he has experienced with objects he collects.