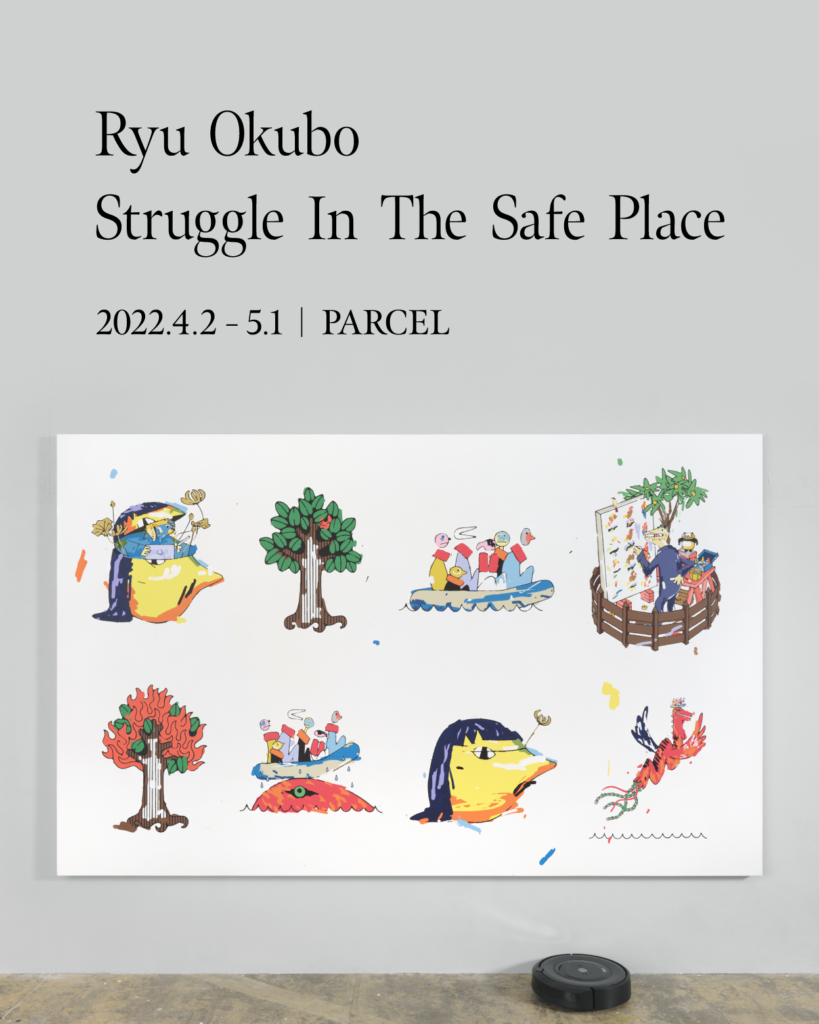 Struggle In The Safe Place

Since 2011, Okubo has been widely known for his numerous animation music videos, though in recent years he has returned to his distinct style of artistic expression, focusing on a series of sequential art (works in an animation-like sequense), as well as paintings, drawings, and games.
In this exhibition, the artist will present a series of large scale paintings with motifs drawn in fragments, a series of 7 paintings with motifs in continuity, and drawings, all which were created through repeated experimentation from around 2019. The paintings are diverse, including Okubo’s own personal events, distant social phenomena, family scenes, and favorite motifs. Each landscape, apparently unrelated, is connected in such a way that they blend together while maintaining an even distance, and cohabitate on a single canvas. The style of capturing various phenomena and connecting them from a panoramic perspective is a natural expression for an artist who has been creating animation works, thus it is inevitable to raise the theme of “continuity” in his expression.
On the occasion of this exhibition, which consists of all new works that have not yet been exhibited, Okubo will release a book including the works which will be exhibited. This will be Okubo’s first solo exhibition of new works in six years. 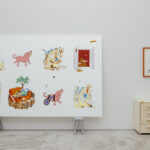 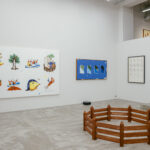 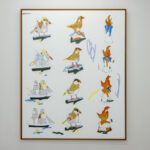 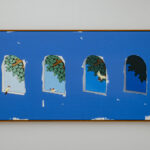 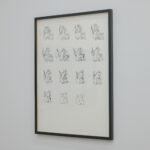 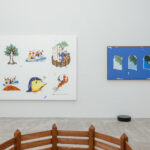 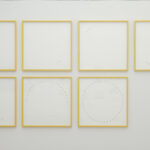 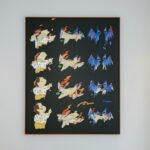 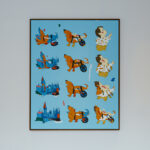 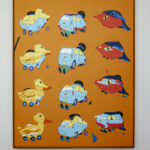 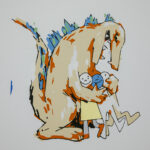 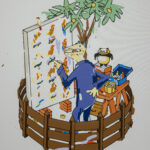