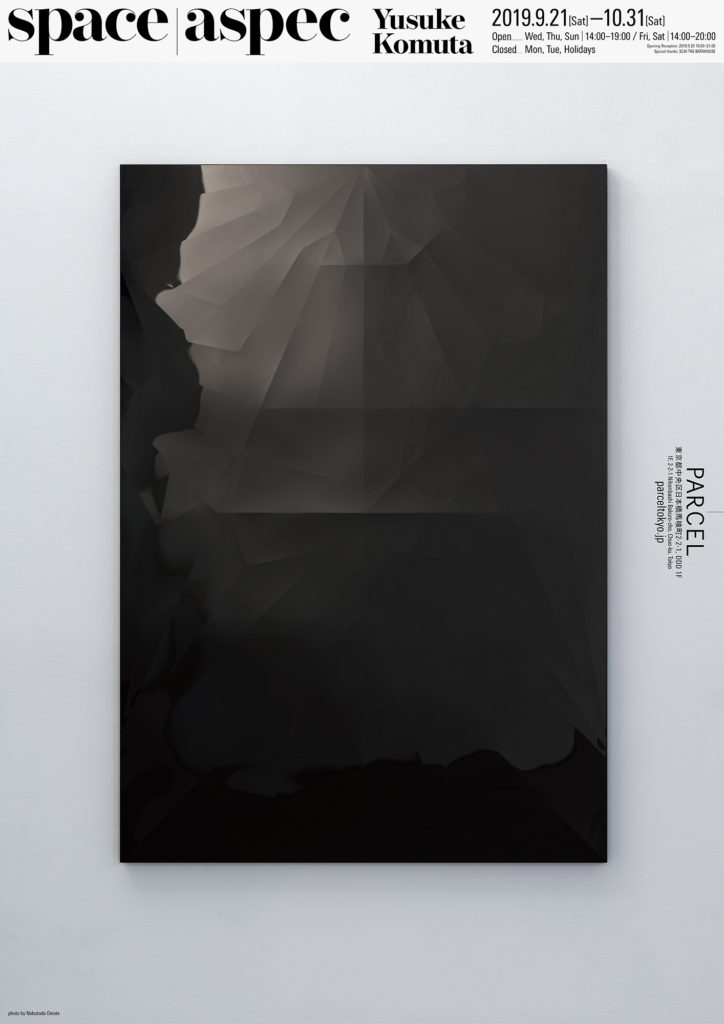 PARCEL is pleased to announce, a solo exhibition, starting from the 21st of September 2019 entitled “space | aspec” by Yusuke Komuta.

The major characteristics seen in Komuta’ s works are the subtle gradation of blurred colors shown in a symmetric and geometric pattern. Although the structure of his works may seem simple, what Komuta expresses through his highly calculated composition and coloring is a multi layered atmosphere of movement. With colors applied sharply on the carefully polished gesso, Komuta iscapable of not only avoiding his works being “cold (artificial)” or “flat” , but succeeds in portraying a sense of warmth and depth. In the minimal and solid expression of Komuta’ s works, we can find a diverse deepness behind the paintings shown.

One of the most renowned works of Komuta is the series of paintings based on the lines of unfolded origami planes and cranes. Origami is an art form of transforming a piece of paper into a three dimensional state by following a specific algorithm. For example however strong the structure of a folded crane is, once it is unfolded it returns to its original flat state. Sculpting, in terms of Origami is the act of “creating / resetting” and always existing between a two-dimensional and three-dimensional state. What defines its form is not the medium used but the algorithm it is following.

Komuta’ s works are the colored footprints( “folds” ) of such algorithm. The folded lines are traced and colored, creating a distinct geometric composition. The lines of the origami are opened into a symmetrical pattern of lines, similar to a prismatic pattern of dispersed lights. However, the distinct characteristic in Komuta’ s work is not only the simple clean geometric patterns, but also theillusionary atmosphere portrayed through the colors applied.

The out come of Komuta’ s works abstractly visualizes the state of freely moving between a two-dimensional and three-dimensional state extracted from the characteristics of origami, leading us into a flow of colors. In this exhibition, the artist will also present his mirror series, where the origami patterns are engraved onto a polished mirror surface. This series has been exhibited at Inujima during the Setouchi Triennale 2014-2016, and is currently exhibited in the “GENBI SHINKANSEN” a special bullet train on the JR Joetsu-Shinkansen from 2016. Komuta is not only known through his solo exhibition at SCAI THE BATHHOUSE in 2013 entitled “Color Unfolds” , but has also been presenting his works in renowned international art-fairs through the same gallery.

During Yusuke Komuta’ s exhibition at PARCEL, we are scheduled to host a talk session under the theme “Specifics about Abstract Paintings” . Along with Komuta, artists from the same generation are scheduled to join. In an era where the market price surpasses any other value including the critique surrounding art scene, we would like to host a session to reconfirm/verify where art/artists are currently located. More information is to be announced.

special thanks : SCAI THE BATHHOUSE 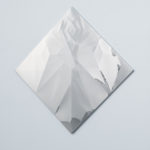 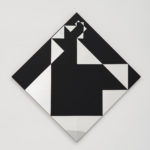