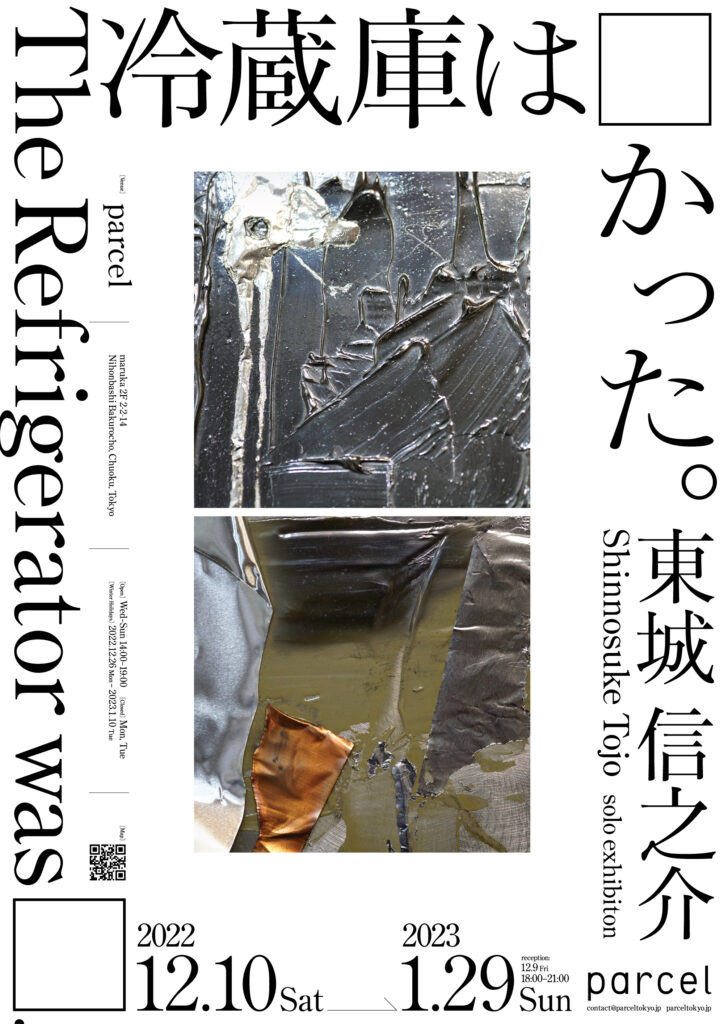 The Refrigerator was □
(A word from Humpty Dumpty, the anthropomorphic egg, who went to space for the first time.)

Although it is not clearly stated in the nursery rhyme, this character is generally familiar in the form of an anthropomorphic egg and is very popular among the English-speaking countries as well as the story itself. The earliest written appearance of this nursery rhyme was published in England in the late 18th Century, and the melody widely used was recorded by James William Elliot (English version) in his book “Our Country’s Nursery Rhymes and Children’s Songs” from 1980. There are various theories about the origin of this nursery rhyme, which remains uncertain.
The nursery rhymes and characters, which are thought to have originally been riddles, have been the subject of quotations and references in various literary works, films, plays, and musical works, including Lewis Carroll’s “Through the Looking-Glass and what Alice Found There” published in 1872. In the United States, Humpty Dumpty became widely known when actor George L. Fox used it as the subject of a pantomime play. In modern times, Humpty Dumpty is not only used as a subject for children, but also often refers to an insecure situation or a short and fat person.
Source: “Humpty Dumpty.” Wikipedia, The Free Encyclopedia.

I have not been able to dispel the obscurity of this world since childhood, but I can physically examine the works produced from me, including the process. Still, as time goes by and the location changes, a few doubts will arise. What I perceive from parcel’s space is the indeterminacy and attraction, just as Gagarin’s quote “The earth was blue.” (there are also several theories of the origins of this quote)
– Shinnosuke Tojo

parcel is pleased to present a solo exhibition by Shinnosuke Tojo starting December 10, 2022.
Tojo creates detailed scratches and applies various materials such as paints and oxidizers to create complex and delicate layers, portraying his mindscape and unconscious imaginary images in his paintings. Other series include works in which he overlaps his expression on traces left by people and objects with the passage of time. Tojo continues to express himself in a diverse range of media, including paintings, sculptures, and installations, while focusing on the themes of existence and time.
The title of this exhibition, “The Refrigerator was Square” is a reference to Tojo’s imagination that “Humpty Dumpty, who was inside the refrigerator, was surprised to find that the world he had known was square when he stepped outside”. Humpty Dumpty is said to have originated as a riddle poem, but the “egg-shaped figure” character derived from the original poem has been quoted in various stories and is widely known. As with the existence of Humpty Dumpty itself, the “refrigerator,” which was once a comfortable world for the eggs, becomes a completely different existence when observed from a different perspective, and the world becomes an uncertain one when we begin to doubt our vision to understand phenomena.
Tojo says that when he is confronted with a painting, he feels as if he is looking through the frame of the painting and seeing the outside world as if he were peering out of a window. We hope you will experience the artist’s attempt to create abstract landscapes. 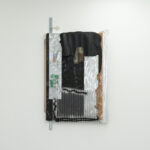 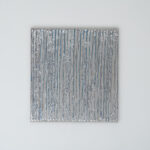 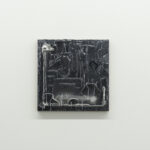 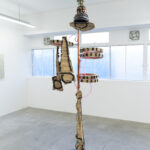 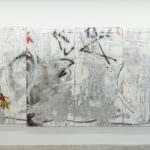 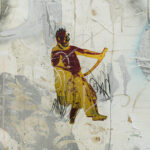 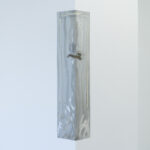 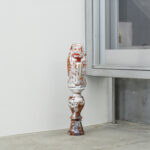 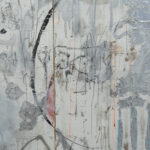 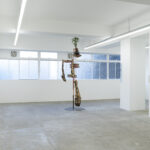 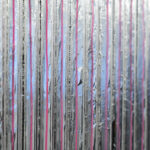 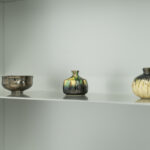 Shinnosuke TOJO
Born in Nagano in 1978, he graduated from Tokyo Zokei University in 2004 with a degree in comparative art and completed a research course at the same university in 2005. His works are based on his own mental images and unconscious imaginary images, which he embodies by applying small and large scratches and rusts on the surface of metal sheets and industrial products. His focus on existence is not limited to painting, but also extends to sculpture and installation work. He won the Grand Prix at the SICF18 and VOCA 2019 exhibitions. In the following year, he held his first solo exhibition at the museum, “From the Mouth to the Arrival” (Koumi Museum of Art, Nagano). He has participated in “Sharing the Future” (Chiang Mai University, Thailand) and “Convective Scenery 2018” (Guangzhou 53 Art Museum, Guangzhou, China). He is active both nationally and internationally.