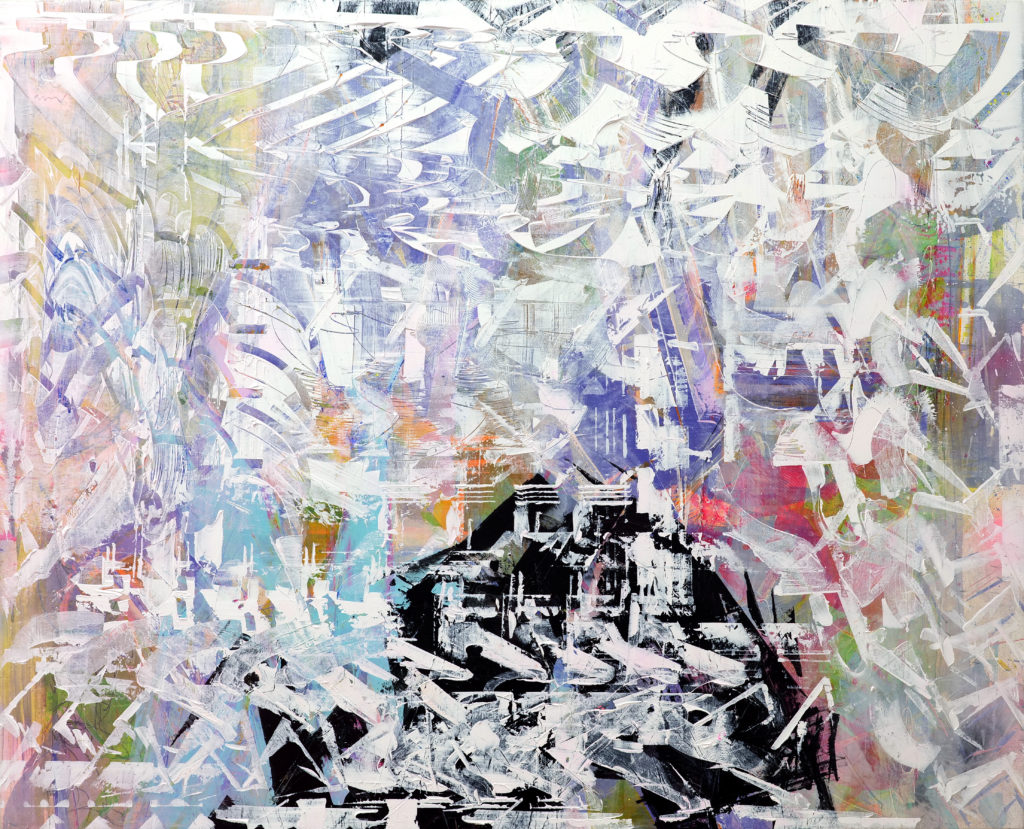 PARCEL is proud to annouce our upcoming solo exhibition by Taku Obata “LET’S MOVE IT”. Coming from a song “Come on Let’s Move it” by Special Ed which was releaced in 1990, the new body of works which Obata will be exhibiting reflects the physicallity of himself as a sculptor. In this exhibition we will be presenting a canvas works by the artist.

Obata has been producing numorous scetches and drafts for his sculpture work on a daliy basis. Those then evolved in a series of drawings, prints and canvas works, which were on show at AKIO NAGASAWA GALLERY (Tokyo, Japan) this June and July.

These works, some previously shown in June, deeply reflected the backgrounds of him as a b-boy break dancer, portraying a rythmical flow of various lines as if it were following a choreograph score. With such use of body, “dancing” around the canvas, Obata used the characteristics of the materials, such as the speed it dries and the volume, as an element to decide the way to paint.

Following his series of works deriving from his drawings and expanding them, Obata has re-approached the canvas which lead to this new series which will be exhibted at PARCEL. This series is a combination of the rythmical patterns seen throughout his works, along with a distinct sculptural approach of a carving / modeling process included into his painting process with the usage of tools such as a scraper and a squegee. By carving a thick layer of paint and creating an image with the carved lines and the layers underneath, this series reflects his career as a sculptor and is one answer to his endless endeavor with the canvas.

Within this new series, Obata has explored the process of painting, creating a clone from the carved acrylic paint. By dancing between a pair of canvases with the same size, he simply shifts the mass of paint and his body, carving on one and modeling on the other, giving to birth a negative / positive relationship between the pair. As mentioned in the title of the exhibition “LET’S MOVE IT” for Obata, both sculpture and his paintings are a result of his physical movement and expression.

special thanks to : DDD Artist in Residence Program 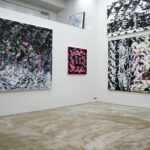 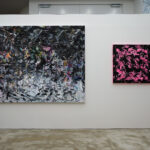 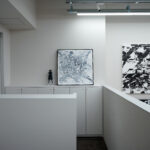 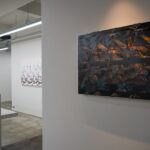 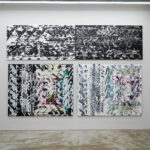 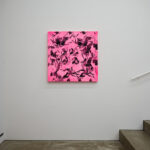 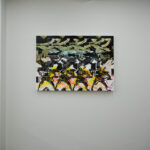 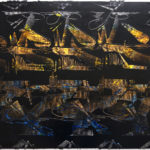 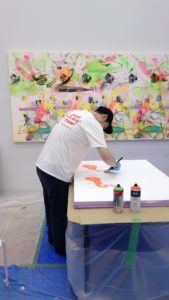