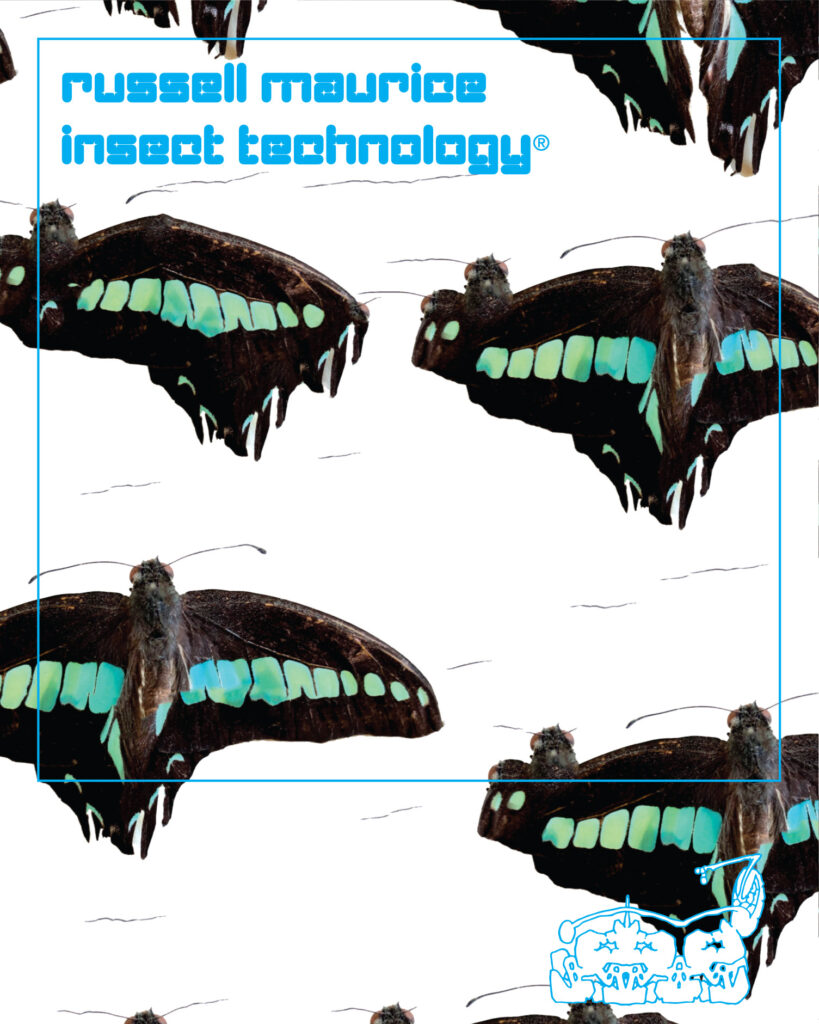 Insect Technology and Other Small Things

PARCEL is pleased to announce the opening of its second gallery space, “parcel”, located on the 2nd floor of the maruka building, directly behind PARCEL.
Prior to the grand opening of maruka building itself, “parcel” will host its first exhibition, a solo exhibition “Insect Technology and Other Small Things” by Russell Maurice, who also participated in PARCEL’s very first exhibition “Comic Abstraction by Writers”.

Born in 1975 in London, Russell Maurice is currently based in Japan. Maurice is considered one of the leading figures in Comic Abstraction (as a genre) originating mostly from Graffiti culture in Europe. He is also widely known as the director of Gasius, a fashion brand that (although Maurice sees them as separate entities) links this culture with fashion. Russell’s work has influenced many artists, becoming an important part of the historicization of Graffiti.

Starting from Graffiti aesthetics, Maurice’s distinctive style of painting reconstructs the symbolic forms found in comics and anime fiction. At times, his works resemble a sequence of magical and enigmatic ancient characters, or fragments of architecture from the world of science fiction. Maurice’s practice is beyond the confines of street culture, and has been exhibited in museums and art centers globally. In 2010 he was selected for the UK’s prestigious prize the “New Contemporaries” and exhibited at the ICA (Institute of Contemporary Arts). In 2016, Maurice had a residency and exhibition at Somerset House, one of the leading artist residencies in the UK.

The new works which will be shown at this exhibition are a series of large abstract paintings and smaller collages of insect forms, sampled and remixed while considering various kinds geometric pattern forms such as symmetry, golden ratio, Turing pattern, and fractal’s. These are combined with fragmented images in the paintings to create a microscopic view of the world, as if looking into a small ecosystem. At first glance, his works may appear to be graphical and pop, but they are expressive at a very high level, based on a thorough understanding of the form and characteristics of living things and natural objects. Such expressions by Maurice remind us that just like anime and animation, the expression of street culture is not only based on mechanical and graphical visuality, but can also be based on organic and fluid shapes that exist in nature and can be connected to psychedelic art and surrealism too.

Also, an important perspective of Maurice’s expression is the connection of intelligence and contexts that are divided by the framework of genres in the arts. Maurice’s starting point is Graffiti, but he also has a master’s degree from Central Saint Martins in London. His wide interests range from music and fashion, to sci-fi and animation, from natural science to computer science. Maurice’s studio is crowded with various objects and collections, making it look more like a small museum than an art studio. His series of assemblages made of various materials, Cel paintings and objects encased in acrylic boxes employs the method of intermedia art, which involve a combination of different contexts. Not only in the artworks, but also in his books and fashion graphics, many of Maurice’s expressions involve a variety of sampling, which creates a unique rhythm and mysterious atmosphere.

This will be the first solo exhibition in two years for Russell Maurice, an artist who explores a new visual experience by collaging fragments of intelligence from various fields of expertise with Graffiti as the axis.

The magic and technology of Nature is infinite. The Fibonacci spiral is present from a microscopic level to a galactic one.
This show see’s a continuation of Maurice’s interest and usage of investigative research material. Looking on a smaller scale at Insect form and technology, their similarity to robots (a complicated yet simple intelligence) as well as Microscopic Photography (Invisible miracles). Insects can also be bizarre and sometimes evolutionarily strange:- the walking sculptures that are Treehoppers have been a major source of fuel for the artist.

So with all this as the starting point, the research material is digested and transferred into energy and information according to a personal logic that need not translate to the observer. Drawings are created and often regurgitated  (or self referential) until they sit comfortably with the artist. This struggle sometimes making the work quite convoluted and inaccessible… adding to the mystery. This is the raw material that is directly transferred to the final works.

There are many other nuances, atmospheres and aesthetics that also influence and which are referenced or attempted to be captured, a kind of 70’s sun blushed prog rock sci fi. Of course the feeling of vintage Anime and Cartoons. 80’s Japanese bubble era style, metallic blues and greens and always salmon pinks.  But we are discussing not just colour, but shape, textures and even pattern too, sometimes matt and chalky, sometimes cracked and sometimes … metallic, reflective and the infinite space of a sunset fade.

This all carried by an abstract cartoon format with a scent of graffiti history… so with form and aesthetic covered, that leads us to the question: is there a message to be found?
There is, but its tangled inside the undergrowth.

This is Nuclear Romanticism..     – Russell Maurice 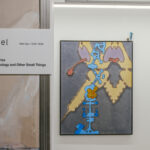 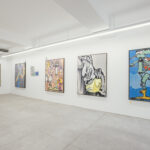 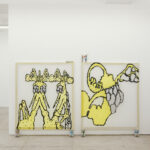 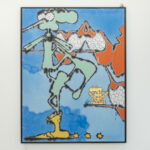 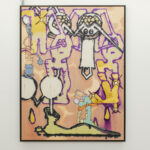 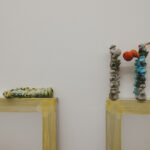 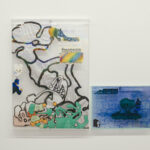 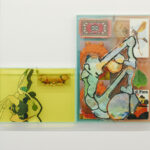 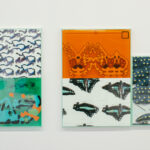 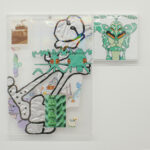 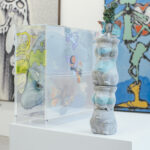 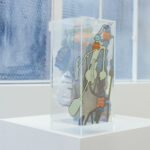 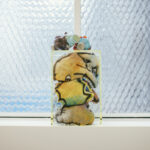 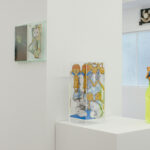 Russell Maurice (Born UK.1975) currently lives and works in Chigasaki city, Japan.
MFA, Central Saint Martins, London UK
Maurice’s involvement in Graffiti Culture from the early age of 8 (1983) was an important influence. Maurice’s expression is interwoven with elements of animation, comics and animism, portraying these through semi abstract paintings, Cel painting, two and three-dimensional collage, sculpture and photography (and these often mixed together). He has been exhibiting his works and organizing exhibitions internationally and is considered a chief catalyst in the new phase of the Comic Abstraction movement.