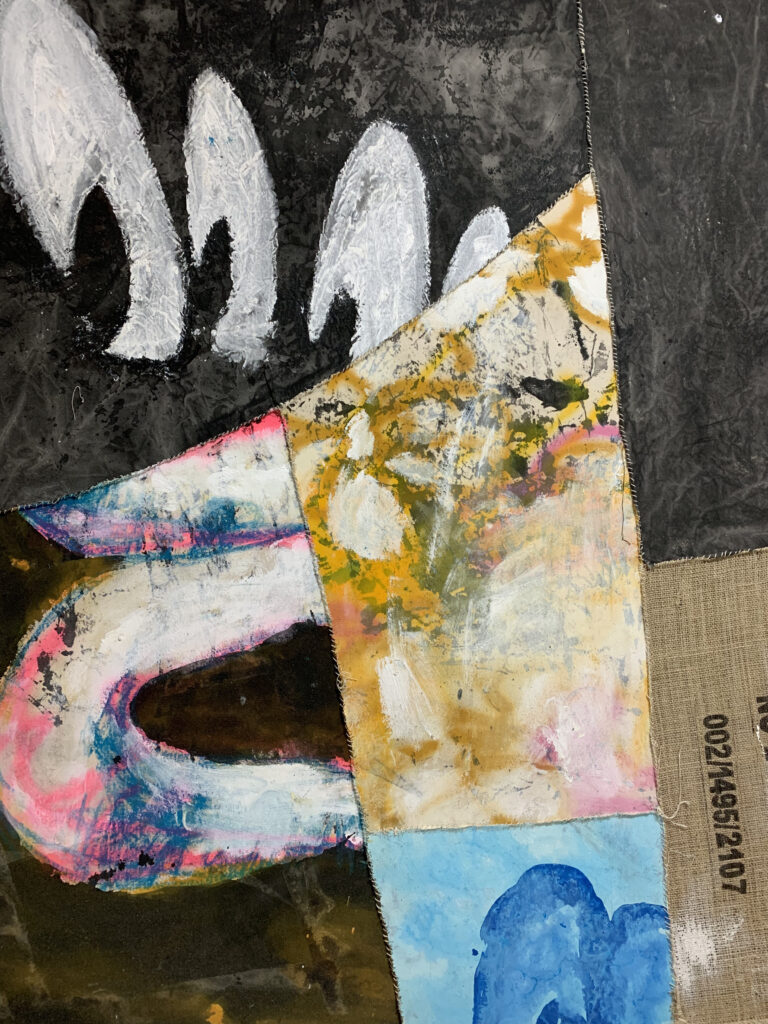 This exhibition will feature an installation of canvases of various sizes, including KINJO’s “One’s Eyes”, which is a series where the artist depicts eyes glowing in the dark. The exhibition will also include a series based on animals and cartoon scenes, as well as patchwork canvases of these motifs.

KINJO’s renowned series of works depicting character-like eyes glowing in the dark, has its origins in the artist’s own childhood uneasiness with the eyes of others and the way their gaze was directed at him. Although his fear toward the gaze diminished with age, the awareness remained with him, leading to the series of eye motifs. The eyes in the paintings appear to be peering towards something on the viewer’s side, but the entire image on the canvas remains hidden in the darkness. There is a distance between the viewer and the subject, leaving the viewer to imagine what is beyond the canvas without knowing what the subject depicted looks like or where his or her eyes are directed.

In addition, the motif of the series featuring living creatures is one of familiarity, as Kinjo’s brother in law breeds many animals of various kinds. There is a cycle in which pets are welcomed into homes, die, and give birth to new ones, all of which have a shorter lifespan than human life. At the same time, there is also an argument surrounding the very idea of keeping pets. However, these debates remain somewhat distant from the artist’s feelings which are intimately connected to the pet’s existence, and such debates are not directed to the artist, as he is not the pet’s owner but rather an occasional helper in its care. This position enables KINJO to develop a personal awareness regarding pets, creating a gap of perception between himself and others.

Likewise with the works depicting cartoon scenes, the seemingly catchy motifs that KINJO depicts are not symbolic, but rather an expression and documentation of personal events that could be recognized as  the artist’s own roots. These motifs are painted and erased repeatedly on the canvas, and at times patched together. The artist repeats the act of painting anonymous eyes, the social aspect of keeping a living creature as a pet, and the relationship between fiction and reality, while he portrays the emotional discrepancies and distortions that arise in communication with others, as well as objectively reflecting on himself in the midst of such differences.

The other day, my sister told me that four meerkats had been born, and one of them had died soon after birth.
When someone close to you has various animals as pets, the cycle of birth, death, and again the birth of a new life is fast and close. At that time, I was watching a cartoon series with a looping storyline, and the words “The End” that repeatedly appeared on screen was stuck in my mind.
—
When I gather with my local friends we usually talk about my family’s animals, but one friend always looks at me with a dubious expression.He thinks the idea of people owning animals are questionable. My family is a bit famous in the neighborhood, since they own a variety of animals and walk our meerkats on the street as if they were walking a dog. There are many other species in the house such as owls and snakes. The newest member to the family is a giant lizard witch strikes a 90-degree warped pose. I can certainly empathize with my friend, but at the same time I enjoy spending time with these unusual animals.
—
I tend to avoid being biased one way or the other. I don’t know why.
Nor do I think I need to understand why.
I don’t know why, and I can’t put this feeling into words either.
I’m not able to, but that doesn’t mean I have to.
I don’t have to be able to do it, but if I can, that’s ok too.
I’ll be lucky if I can put it into words.
But the moment the words come out like that, I feel like everything else will fall away and disappear, so I try not to let the words and emotions that are entangled with them fall away. As I think about these things, before I know it, my works are speaking to me in a language that is not based on words. That is how I feel.
–KINJO 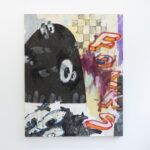 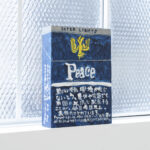 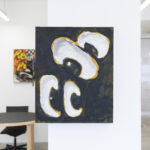 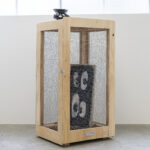 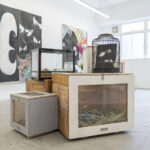 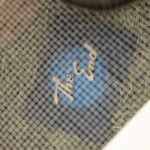 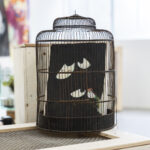 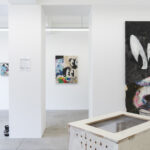 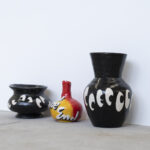 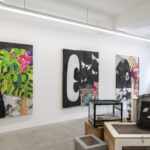 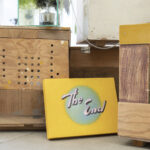 Born in Tokyo, currently based and works in Tokyo. With roots in Okinawa, KINJO has been creating paintings, sculptures, and performances based on American pop culture, which has deep ties to Okinawa, and in Japan. In the process of repeatedly drawing and erasing motifs such as eyes glowing in the dark, cereal packages, and snakes, the outlining context becomes blurred and ambiguous, and like the artist’s own portraits, they are transformed into something personal with a charming appearance. His works can be seen as a self portrait, or a documentation of exploring his own roots.