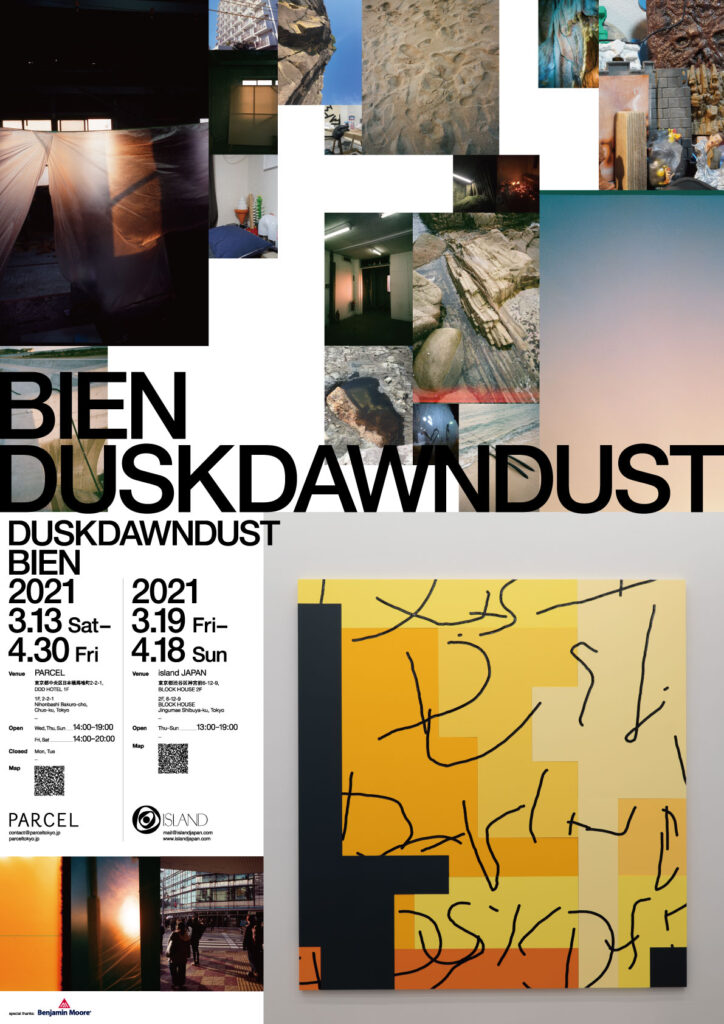 PARCEL is pleased to announce, solo exhibition of Tokyo based artist BIEN “DUSKDAWNDUST”. This exhibition will be hosted in two locations in conjunction with island JAPAN (Harajuku-Jingu-mae).

BIEN, born in Tokyo in 1993 and currently based in this city, has been creating abstract paintings and installations based on his unique drawing style influenced by street culture, animation, and toy figures. The artist attempts to deconstruct and reconstruct symbolic meanings by tracing the shapes of human-made letters, symbols, manga and anime characters portrayed through dynamic lines, while inheriting and sublimating the various modes of expression of street and animation culture.

In this solo exhibition, which will be his first in three years, we will present a new body works, which he has placed color surfaces abstracted from the light captured by his camera, applied on puzzle-like wood panels, and drawn lines as if to weave a world that is a mélange of fiction and reality. Photographs and other materials used as inspiration sources will also be exhibited as part of the installation.

In addition, BIEN and Ed Davis collaborated in an exhibition coordinated by C.C.P (CALM & PUNK GALLERY) which will be held at DOMICILE in Jingumae from 26th March to 11th April.

“I was taking a walk in my neighborhood on a day when the air was clear, during the stay-at-home period. As I was walking aimlessly, it was dusk, and from the sun falling in the west, everything standing there made a shadow in the same direction. As I felt the many shadows piercing me, I suddenly realized that the city was always full of light, and I hadn’t seen a moment like this in a long time where all the shadows were pointing in the same direction. In the days before fire was found, the only light source on the earth was the sun, and if everyone on the earth was living in the same world under the same light, then the scene I saw that day was probably the closest thing to the ancient times.

Up until now, I have been thinking of the world as being separated into “fiction and non-fiction”. However, now that we carry around a “single light” called a smartphone, the world has become a simple “one to one” entity, and everyone is living in their world. With the Corona virus clouding the future of the world and the individual physically isolated, reality has overtaken fiction and fiction has intervened into reality. The everyday scenes uploaded daily on Instagram throughout the world are like extensions of a scene from a movie. Up until now, I have been creating drawings inspired by “symbols” seen in anime, cartoon characters and letters. However, if fiction and reality are mixed, perhaps drawing fictional images is not only shaping an imaginary world, but also breaking the boundaries of the fictional and the reality by the lines I draw. Like the lines and floaters reflected in my eyes or the dust rising in the backlight, my drawings connect the fragments of light, the sun light, and the light from my smartphone.” – BIEN 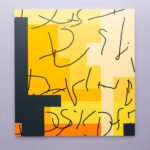 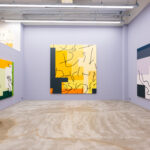 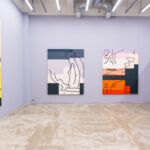 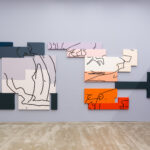 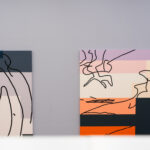 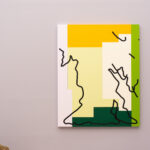 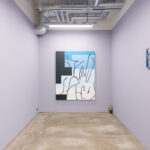 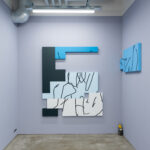 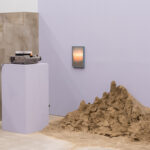 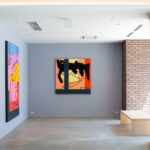 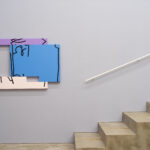 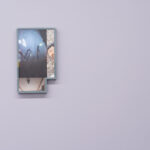 1993年東京都生まれ、ドローイング表現を基礎とし絵画や彫刻など多様なメディアで作品を制作。アニメのキャラクターなどフィクションが生み出す形、文字や記号などの表象に着目し、それらがもつ形や意味を解体/再構築する抽象表現を展開している。またロックミュージックやストリートカルチャーなど、多様なサブカルチャーに精通しており、多様な文脈をミックスしたアプローチもBIENの表現の特徴である。
Born in Tokyo in 1993, he has been creating works in various media such as painting and sculpture on the basis of drawing expression. Focusing on the forms created by fictional characters such as those in anime, as well as letters, and symbols, BIEN develops abstract expressions that dismantles and reassembles their forms and original meanings. He is also familiar with various subcultures such as rock music and street culture, and the artists approach of mixing diverse contexts is a distinctive feature of what creates the body of BIEN’s work.

by C.C.P and CALM & PUNK GALLERY