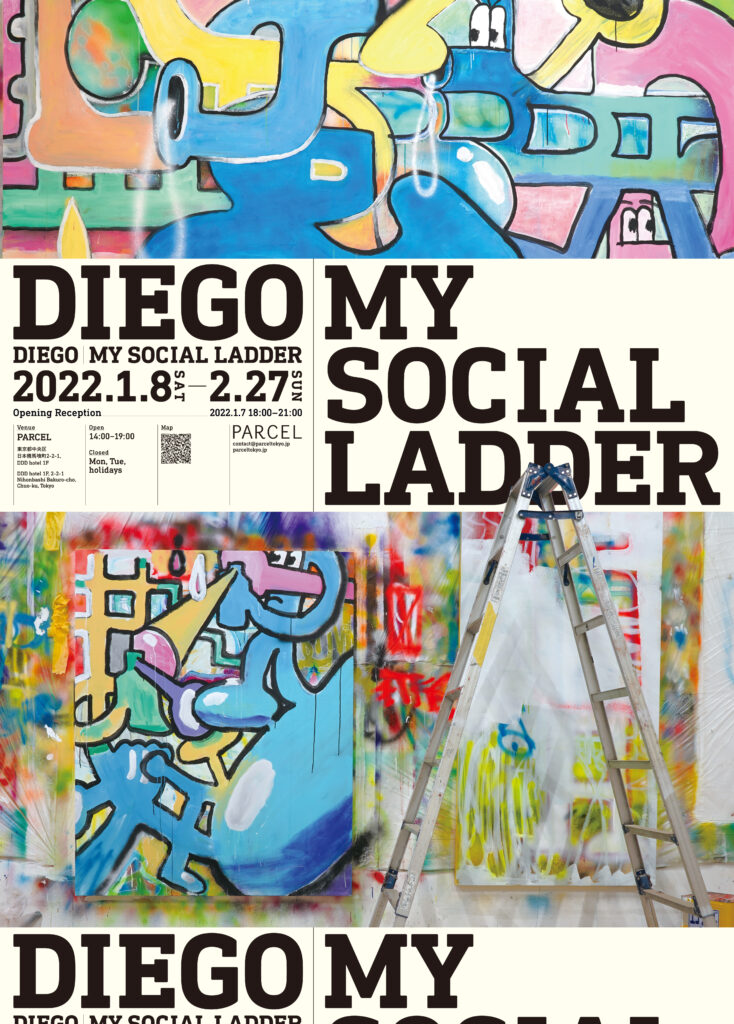 DIEGO is a graffiti writer who expresses himself on the streets, and at the same time, an artist who creates paintings with spray paint and acrylic paint. By layering his work to resemble the walls of the city, and by painting in such a way as to uncover unexpected shapes and spaces, he expresses the experience of searching for “spots” in the city through his paintings.
This new body of work depicts the complex intertwining of structures that remind us of building materials, such as stepladders and lumber, and expresses the ambiguity of the scrap and build of architecture and urban structures. The reason behind such motifs is that street artists prefer to work in the blind spots of the city, and therefore often use material yards and construction sites as a stage for their expression. In addition to the paintings, there will be an installation that mimics a materials yard, and a video work that documents DIEGO’s performance of intervening in an unmanned construction site.

In recent years, huge redevelopment projects triggered by the Olympics have been taking place all over the city center, and the resulting gentrification has tightened the noose around graffiti. However, no matter how much urban redevelopment is carried out, graffiti will not disappear, just as the cluttered urban landscape of the post-war era continues to exist in Japan. In the film “Sans Soleil,” filmmaker Chris Marker once described Tokyo as “a city that reverts to a collection of villages at night,” but even in our current perception, Tokyo is a city of countless communities with different values, intricately folded on a small piece of land. For DIEGO, graffiti is not a temporary movement, but a communal unit, a spiritual core that defines values and lifestyle. For this reason, DIEGO’s work reflects the values of graffiti in every aspect of expression, from concept to theme, motif to style, material to technique, and reconstructs the meaning of contemporary art from graffiti values. Although the style may seem “pop” at first glance, through the visualization of the resonant and repulsive cross-section of art and street culture, it represents the friction between the diverse values that make up the city, such as nation and community, law and individual values, economy and culture, and majority and minority.

As a member of artist collective SIDE CORE, DIEGO has participated in a number of art projects in 2021, including the Watari-um Art Museum’s “Ripple Across the Water 2021″ art festival and “Alternative Kyoto” organized by Kyoto Prefecture. He also was held a solo exhibition “under pressure” at Aomori Contemporary Art Centre as a member of the the collective. SIDE CORE has also been selected for the PCAF Foundation program thus gaining wide attention. This will be DIEGO’s first solo exhibition with PARCEL. DIEGO is one of the prominent figures in the Japanese street art scene, with his colorful and large scale paintings that look at society from a sharp street perspective.

Artist’s statement
Whether I’m working on a graffiti piece or on something else, I often find myself in a place that looks like a material yard.
Rusted walls are crammed with steel pipes, scaffolds, and lumber, with no sign of human presence.
Normally, one would feel lonely in such a place or want to stay away from it, but I find such places attractive and feel attached to the things that have been abandoned there.
If I had to describe such places and things in one phrase, I would say that they are the ” gaps in the city,” “the time in between,” or “the premonition of a new beginning”. The works in this exhibition are also based on the theme of a materials yard, and I have depicted characters inspired by discarded stepladders and other supplies. The gallery is a clean space that may seem a bit cramped, but if you take a step around the back of the building, you will find a similar materials yard atmosphere, and it is quite easy to find a similar places in the neighborhood. I would like this exhibition to be an opportunity to expand one’ s imagination of such discarded locations, to feel the presence of abandoned objects as if they are moving, and to convey the “charm of the outdoors” as I see it, while being in the gallery.
—DIEGO 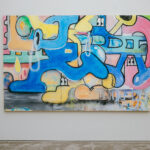 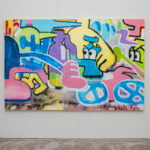 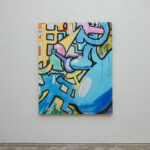 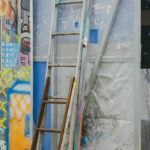 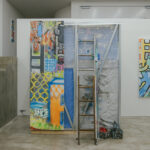 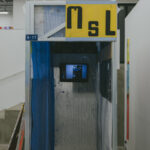 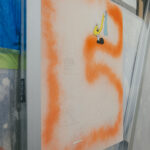 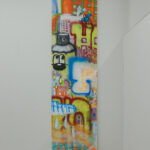 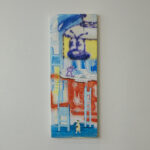 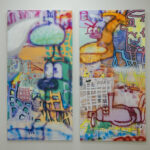 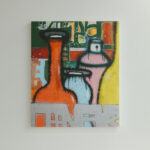 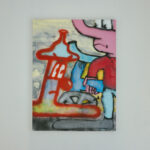 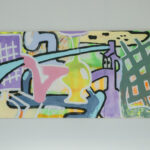